As she'd eloquently put it: "How easy is that?" 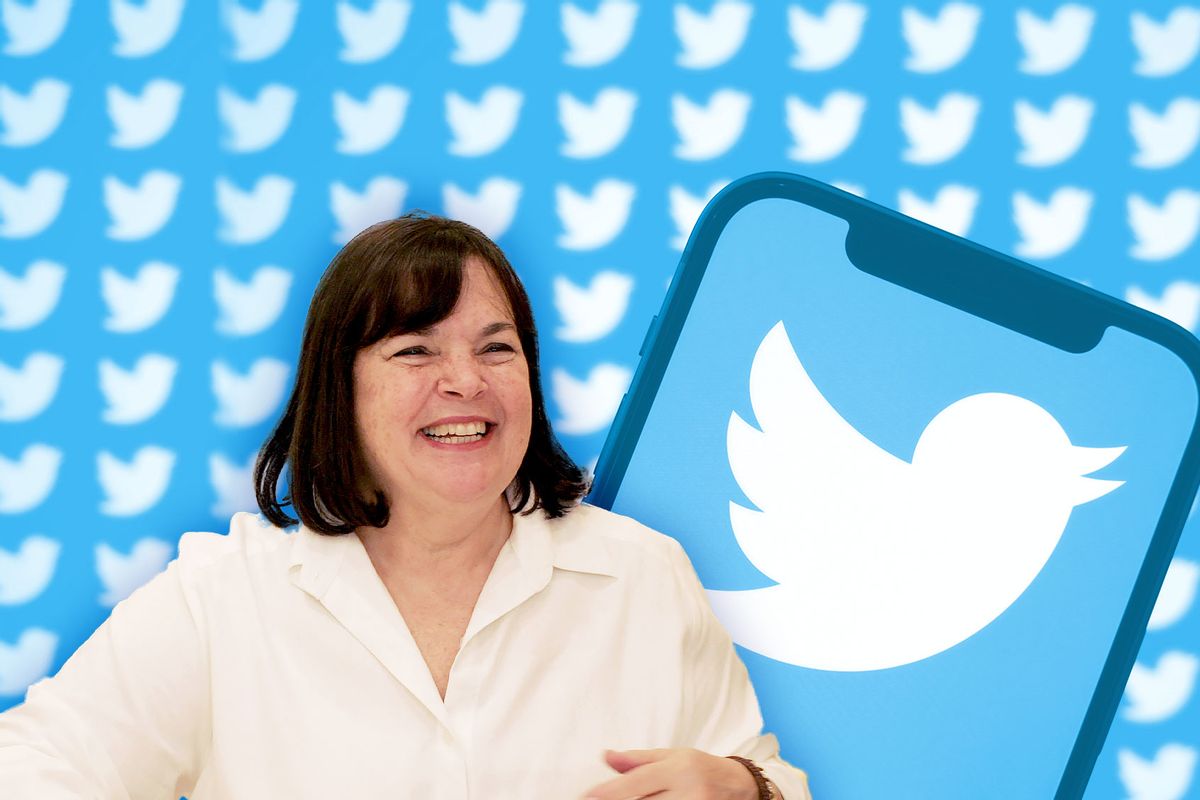 Legend, icon, kitchen empress, Hamptons ambassador, connoisseur of denim shirts, massive martini consumer, and Barefoot Contessa herself — Ina Garten epitomizes the best that a "food celebrity" or "celebrity chef" could have to offer.

Over the past twenty or so years, Ina has cultivated a true cult of personality, complete with cookbooks upon cookbooks, various shows, myriad impersonations across TikTok and YouTube, and of course, that iconic video circa April 2020 of her casually sipping a positively gigantic martini. In addition, she's also racked up quite a host of Emmy and James Beard awards.

Barefoot Contessa (now streaming on Discovery+) was a stalwart show that I watched as a middle schooler, getting a kick out of Ina's sometimes hilariously shady quips to "reader questions," marveling at her dishes and chortling at her conversations with Jeffrey. I see now, though, that Jeffrey and Ina are something to make you go "aww" (or just lol) and smile, not pass judgment. Perfectly coiffed, always immaculately dressed, and even-keeled, Garten swoops in and out of Hamptons cheese shops and stores, breezily addressing pals and onlookers while punctuating nearly every sentence with her jocular, familiar laugh before returning home to whip up some not-especially-simple meals with some not-always-easily-accessible ingredients.

The show was always a joy to watch, whether you were watching it "ironically" to pick fun, or if you genuinely enjoyed the show. Now, two decades later, I'd argue that the bulk of us have softened and grown in appreciation, now authentically enjoying Ina and her calm, cool delivery and clearly adept culinary knowledge.

Over the weekend, The New York Times published an Ina-cosigned "storebought is fine" Thanksgiving piece and slew of recipes. Taking a bit of a inspiration from "Semi-Homemade," Ina capitalizes on store-bought ingredients, taking short cuts from the store: pre-made stuffing mix in her mushroom and gruyere bread pudding (yum), gussying up store-bought mashed potatoes with sour cream and Parmesan, nearly replicating the flavor profile of her actually homemade dish, and using frozen pie crust or shells instead of making one yourself (precisely what I did in this recipe)!

While this certainly isn't her usual fare, Ina greets the challenge with aplomb, coming up with recipes that sound (and look) just as high-end as her standard work.

Furthermore, Ina notes that there's no point in making homemade items that you can easily buy, like ice cream (she swears by Haagen-Dasz vanilla, especially atop a semi-homemade pie with a frozen crust or even a storebought pie with all of the work already done for you).

Of course, in addition to these A+ tips, the Twitter reactions were uproarious, so without further adieu, here are some of our favorite tweets joking about Ina's "storebought is fine" Thanksgiving:

While the gifs and memes are certainly lolzy, there is something to be said about taking the help from the grocery store, or perhaps even delegating dishes to certain guests. Frantically running amok as the host is truly never fun, so keep things simple, take some help from the store, and actually try to enjoy the food and the company instead of focusing on making some asinine, outrageously challenging dish and spending 99% of the day in the kitchen.

In this video, Ina says, "I think the key to a really good Thanksgiving is a really good plan. And not just a plan for the day, but plan for the whole week." - which is possibly the #1 takeaway from this entire moment. "Make the dinner as simple as possible, so you can have a good time, too."

Thanks Ina, we think we will. After all, as you've taught us, store-bought really is fine.

Michael is a food writer, recipe editor and educator based in his beloved New Jersey. After graduating from the Institute of Culinary Education in New York City, he worked in restaurants, catering and supper clubs before pivoting to food journalism and recipe development. He also holds a BA in psychology and literature from Pace University.